sunday morning started much like saturday morning, three lazy almost late-twentysomethings bumming around indoors because the outdoors were still harsh.  it should come as no surprise that we proceeded to order more hot & crusty from their lexington location, except this time we opted for bagels with cream cheese and butter.  mm, how new york!  there really wasn’t anything on the to-do list this valentine’s day except a late lunch/early dinner, so we napped on and off until the early afternoon.

now, on our trek up to new york last friday phillip and i both agreed that he needed a new suitcase.  his old rollerboard was a bit beat up and the handle was stuck inside the suitcase, meaning that phillip had to literally carry his carry-on wherever he went.  we all know what that meant:  it was time to go shopping!

natalie, phillip, and i finally peeled ourselves out of bed, petted wyatt goodbye, and quickly grabbed a cab uptown to the local harlem marshall’s.  we figured this place would be a good bet for some new luggage and we were right.  phillip found himself a very stylish black samsonite, four-wheel suitcase.  it looks smart and sharp and expertly suited to him – it’s like it was made just for phillip!  he rolled that bad boy out of the store with a grin on his face.  nothing makes a day great like the perfect find!

we had just enough time to drop off the suitcase and then get back in a big yellow taxi to make our 4:30 reservation at the smith over in the east village.  the hostess took our name, grabbed some menus, and promptly showed us to our table.  this restaurant is, without question, a quintessential new york bistro and, if i do say so myself, quite spacious!  they have a long bar where you can rub elbows with other locals and travelers, large tables for family gatherings, and two- and three-seaters for intimate meals.  we were cozied up with one another at a smaller round table, right in the middle of it all.  although there weren’t many folks around us at the start of the meal, it wasn’t too long before the restaurant filled up with the early dinner crowd. 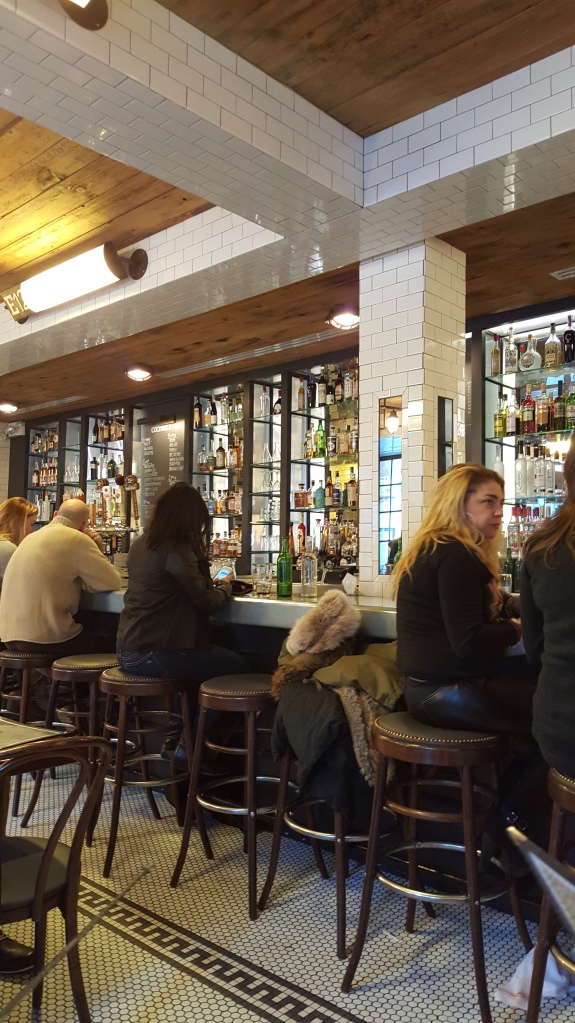 now, we were originally under the impression that we’d be doing a late brunch together, especially considering that the table right inside the door was covered with plates full of french toast and egg scrambles.  unfortunately, though, we somehow hit a strange half hour of time between sunday brunch and actual dinner.  the waitress informed us we’d be dining off the twilight menu, so we just had to roll with it.  i’ll say, though, that the people around us who ordered dinner looked spoiled with their huge bowls overflowing with pasta and chicken pot pie.  although we ended up enjoying what we ordered (which i’ll describe next), i’d be lying if i said we weren’t slightly disappointed.  i guess we’ll just have to come back! 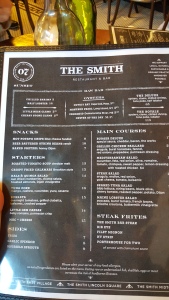 we each put in a drink order and then natalie insisted we have a mound of the hot potato chips, homemade potato chips slathered in bleu cheese fondue.  oh my gosh, you guys, i’m not joking when i say i could have eaten the entire order of them and died happy right then and there.  this starter is a massive portion and can easily satisfy a group of three to five people.  the deep bowl means there are a lot of layers, but the kitchen does right by you to dress nearly every single chip with the fondue.  i don’t doubt that i could write a whole blog about just these chips.  mm! 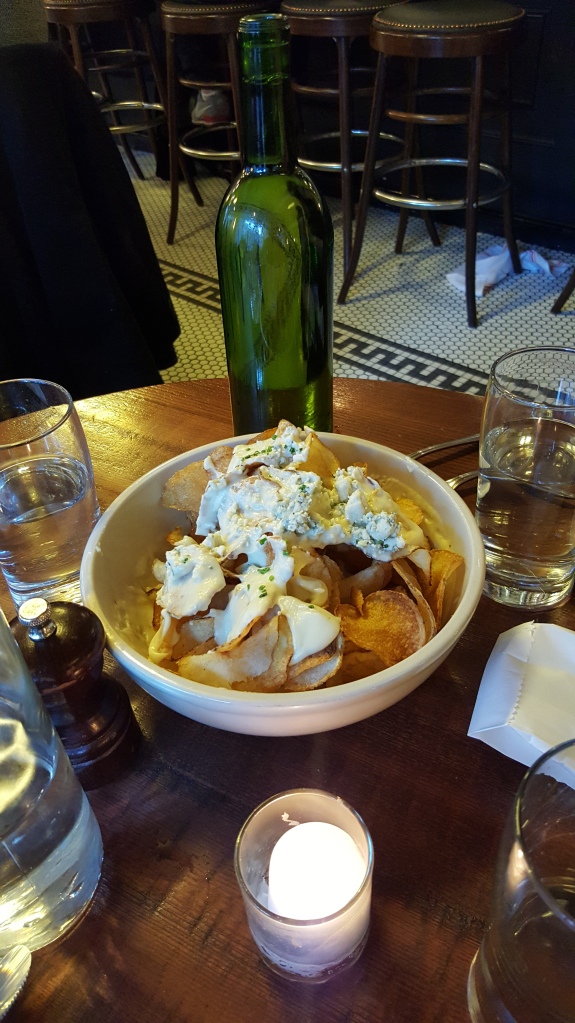 eventually our drinks came out (apparently the brunch bartender was still on shift and isn’t considered the fastest behind the bar) and we were eager to cheers and sip our beverages.  phillip’s coconut daiquiri was delicious, not too sweet and just enough coconut-y.  the best thing about his drink was that you couldn’t really taste the alcohol too much.  that either means it was dangerous because they balanced the drink very well or it is sad because perhaps there wasn’t enough rum.  we’ll go with the former.

i ordered the classic and cliche cosmopolitan.  the first sip (and nearly every sip) made my face twist – this bartender might have been tedious but not skimpy by any means.  my drink was nice and strong and almost knocked me out of my chair! 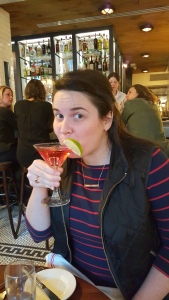 natalie went for the dirty jane and was, to put it politely, not pleased.  she said the taste was odd and after having a sip myself i agreed with her.  nevertheless, she isn’t a girl to leave a glass full, so she finished it like a champ and proceeded to order a cosmo as her second drink. 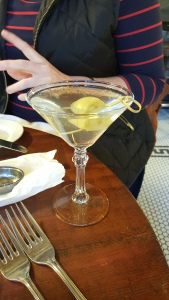 just as we were finishing off the chips our entrees arrived.  natalie and i both ordered the steak salad (over the maine lobster salad per the waitress’ recommendation) and i think both of us were shocked by the mere size of the salad – it’s humongous!  if you haven’t already gathered, the smith knows what a good portion size means.  the steak was cooked perfectly at medium as requested, and each bite with some of the arugula and goat cheese was balanced with the balsamic dressing.  it was hard for me to finish chewing a bite before stabbing my fork into the bowl to construct another.  since i had wanted some greens in my vacation diet, i figured this would be the way to do it. 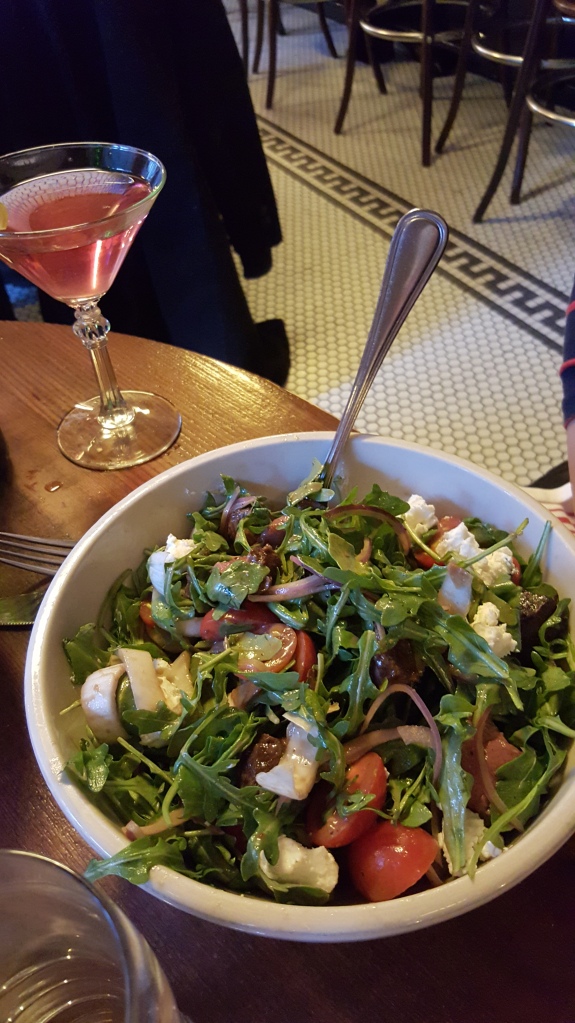 phillip went for the burger deluxe and was completely pleased with this choice.  he hardly put the burger down between mouthfuls of cheddar, bacon, and fries.  i took a bite myself and can agree that this is no wimpy burger.  be prepared to use both hands! 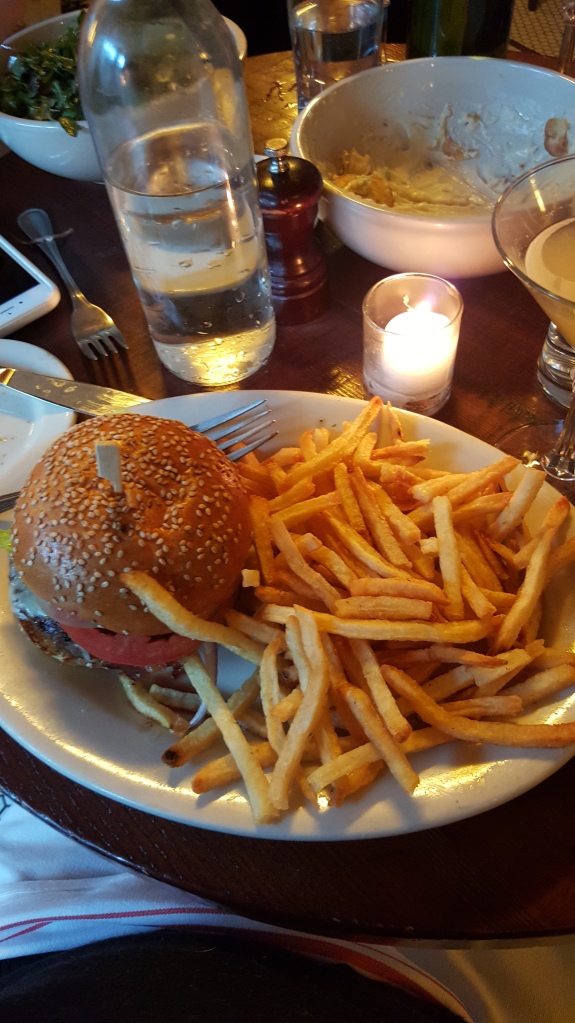 even though we all had probably consumed plenty to fill our stomachs, we couldn’t leave without satisfying our sweet teeth.  we had eyed the s’mores in a jar at another table and knew we’d just have to have it.  and since we didn’t want the one dessert to be lonely, we also ordered the sticky toffee pudding.  now, the s’mores in a jar is just downright adorable and fun to eat, but if we’re being totally honest with you, we all agreed that the toffee pudding was better.  it’s served in its own little skillet and the warm pudding with a pool of melty vanilla ice cream is hard to beat.  if you were to come to the smith and wouldn’t be back ever again (or at least for a very long time), the sticky toffee pudding is the way to go.  i can guarantee you will not be disappointed.

after a few last spoonfuls of dessert heaven, we all sat back in our chairs in complete fullness and satisfaction.  if this mystery “twilight” menu was this good, i can only imagine how delicious the brunch and true dinner are.  we’ll be back, the smith!

it was only about seven o’clock, and since natalie was planning to meet up with friends nearby later, phillip and i decided to keep her company at the pig & whistle irish pub just across the street.  this bar is adorned with nice dark wood and friendly faces.  since we’d been sitting or lying down most of the day, we hung out along the high-top across from the bar.  although i’d begun with a cocktail at dinner i decided that a beer would be next, which is appropriate in an irish bar if you ask me.  the harp on draft sounded like a good choice and it’s what i stuck with for the rest of the night.  natalie went with her typical vodka soda and phillip started things out with a guinness.  not a bad selection all around if i do say so myself. 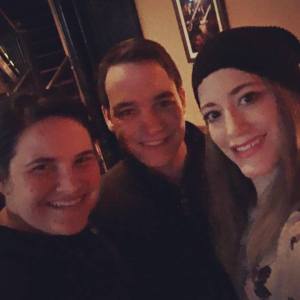 as we sipped and chilled and chatted, we all three noticed an interesting mix of music over the speakers and it took us a moment to realize that all the love songs were playing because it was valentine’s day.  duh, guys!  we heard several classics but they were all put to shame when one of the best came on, “i’ll make love to you” by boyz ii men.  so good!

i did enjoy the romantic theme they were supporting but inside was secretly hoping they’d throw “i’m shipping up to boston” in there.  it takes me back to a vacation i made with jamie to visit my close friend megan in san diego years ago.  we’d gone out to a local bar in the gaslamp quarter (i’m going to take a guess and say it might have been the field irish pub) and the live band rocked this song until we couldn’t sing anymore.  it was awesome!  unfortunately those were the days before i had my blog, but jamie and megan can testify that we nearly burned down the city by the end of the trip.  i’ll let you imagine the stories we could tell.  🙂  love you, san diego!

and while we’re talking about it, i’ll just go ahead and take a moment here to digress and list all the other things that i think of whenever i hear this song:

okay!  now that i have that out of my system, let’s refocus on new york.  we goofed around and enjoyed our company as if this is what we do every sunday night.  i actually very much liked that we were together as each others’ valentines that day; it made the holiday even that much more special of an occasion. 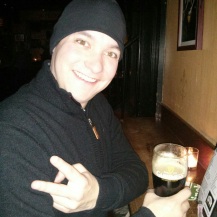 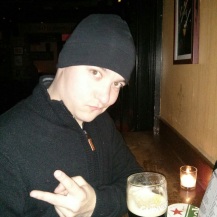 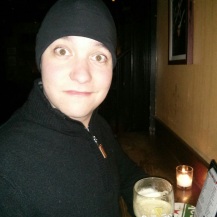 nine o’clock arrived before we knew it and a three-piece band took the stage for some classical irish music.  the crew was upbeat and fun and a great addition to the place.  i can only imagine how packed the bar will be next month for st. patrick’s day!

a little later natalie’s friends summoned her out for more fun, so phillip and i parted ways with her to meet her at home later.  even though we’d eaten what felt like two days’ worth of food at dinner, i suddenly got a craving for corned beef that i couldn’t ignore.  i have always loved corned beef and i remember when i had my first ruben in new york on my first trip to the city with my mother back when i was in high school.  we had split an open-faced ruben at the stage deli.  it was an unforgettable new york moment we shared together and i’m glad we had it when we did – apparently this place is now closed!  let’s take a moment of silence out of respect.

okay, thank you.  now, even though the stage deli wasn’t an option, we luckily had a suggestion from my dear friend robert.  so, we took a quick ride over to 37th and 3rd for a bite at sarge’s deli.  although it might not be the first choice for a romantic holiday dinner, that didn’t stop phillip and i from splitting the classic ruben.  each bite i had was liberally covered in russian dressing and i wouldn’t have had it any other way.  the corned beef was tender and flavorful and topped with just enough sauerkraut and swiss cheese on the rye bread.  i could have stretched out on that booth bench and called it a night. 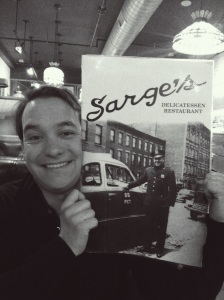 after paying our friendly waitress karen, we made our way back up town.  following two late nights in a row, we were happy to turn in early.  we fell into a blissful slumber and said goodnight to another new york day.