Our mission today was to travel to Cheswick, PA to find Deer Creek Cemetery and the graves of our Grandfather George and Uncle Felix.  We had breakfast at the hotel and set off with an overcast sky.  The scenery was beautiful, so green and so different from the Los Angeles area!  We found the very old cemetery and set out looking for the graves.  Gary had looked up the information, and we knew which sections they were in, or so we thought.  We all got a lot of steps in as we went back and forth, row after row looking at gravestones. 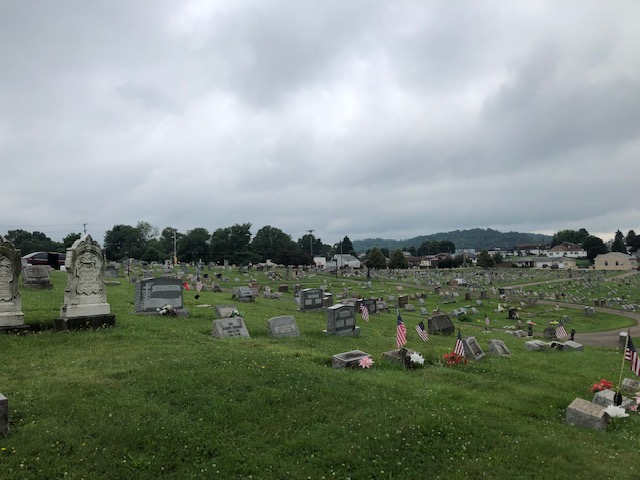 I personally find old cemeteries very interesting and can wander for hours looking at the headstones and wondering who these people were, what their lives were like, etc.  A lot of the people buried here were born in the mid- to late 1800s.

Kyle and Clark found George Despot’s headstone (1888-1941), and we gathered around.  He died of black lung from working in the coal mines.  It was emotional for Gary and I, remembering our mother had told us and knowing that she had been here when he was buried. 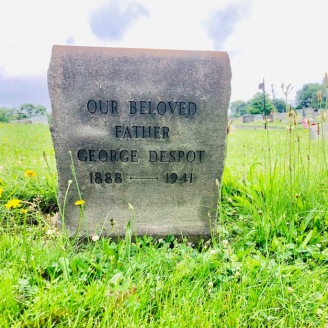 It started lightly raining as we looked for Felix’s grave.  Back and forth, up and down we went in the grass.  We couldn’t find the grave, but our shoes sure got wet!  We finally went to the office, and the groundskeeper looked it up right away, so we followed him in his vehicle to the correct section.  We found Felix’s headstone (1916-1947), who died of a burst appendix, and that of this daughter Judith.  We thought of the stories our mother had told us of her big brother. 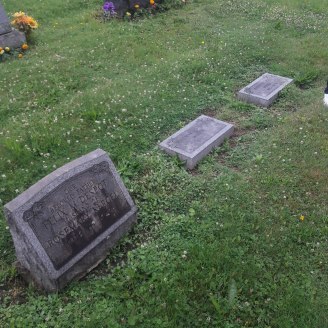 Our mother had a younger brother who also came to America; his name was Albert, or Uncle Al as we all called him.  He joined the Navy and ended up settling in San Pedro, CA to work as a fisherman.  After our mother’s dad and brother Felix passed away, she moved out to Long Beach, CA to be near her brother Al.  Our next stop was in memory of him.  We climbed into the van and headed to Oakmont Country Club where Uncle Al had worked as a caddie when he was a kid.  Gary fondly remembers Uncle Al telling stories of working at Oakmont.  A little history for those who don’t follow golf:  the course at Oakmont Country Club, designed in 1903, is one of the most difficult in North America.  It has hosted more combined USGA and PGA championships than any other course in the United States.  We arrived at the guard shack and explained that we just wanted to go to the pro shop and pick up a few souvenirs because Uncle Al had worked here many, many years ago.  The gentleman gave us the once over (being sure we were properly dressed because golf courses can have dress codes) and said we could go in.  What we could see of the golf course was absolutely beautiful as well as the buildings.  We picked up some gifts to take back home and set off. 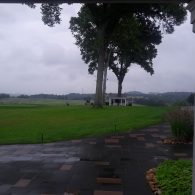 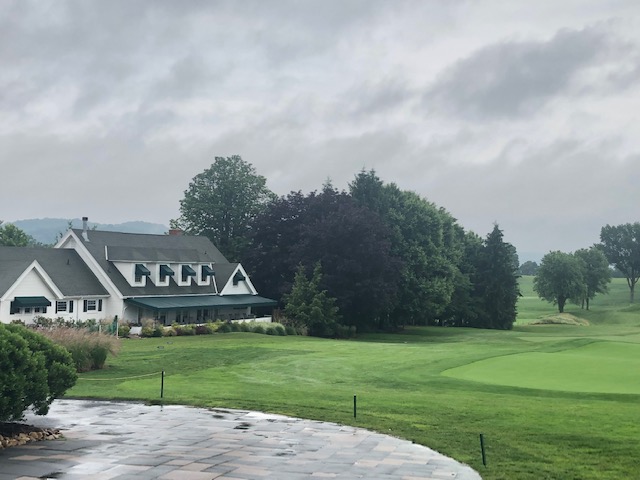 On the way back, we spotted a bakery and decided to get a bite to eat.  Oakmont Bakery has been in the area since the 80s, but this large bakery is new.  We walked in and were certainly amazed by the amount of items in the cases and the number of people buying, eating, and visiting.  Talk about visual overload!

The bakery is well organized with lines for pastries and separate kiosks and lines for lunch items.  There are eating areas both inside and outside.  We placed our orders for lunch and sat down to enjoy.  The Cafe lunch menu included a nice selection of sandwiches, salads, and soups.  Kelsey ordered the Bakery Toss Salad of mixed greens, sunflower seeds, tomatoes, cucumbers, carrots, croutons, and cheese with balsamic vinaigrette.

I ordered the Patio Salad that also included candied pecans, blue cheese, dried cranberries, and fruit with the mixed greens.  Both were served with a fresh roll.  Gary enjoyed the sandwich with chips and a cookie. 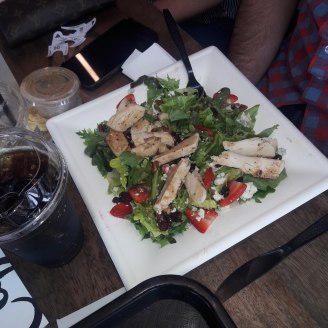 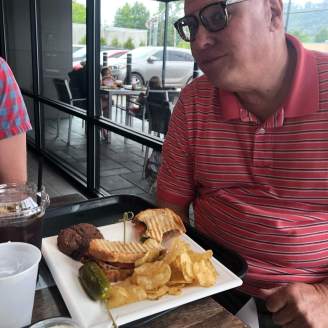 After eating our lunches, we absolutely had to try some items from the bakery!  You seriously had to spend some time looking and asking questions before deciding which delicacies you wanted.  Kelsey, Kyle, and I got several items to share, including a cinnamon roll, bear claw, buckeye, s’mores cupcake, eclairs, maple stick, and the Oakmont Teaser (stacked pastries that include a New York style cheesecake, fudge filling with a brownie top and chocolate buttercream frosting with a cherry, chocolate bar, and chocolate drizzle).  Amazingly delicious stuff!

i promise, other people ate, too! 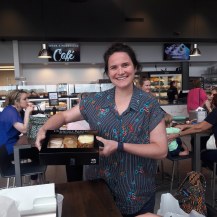 At the beginning of this adventure, it was decided that we would take turns picking a place to have dinner.  Thursday evening’s choice was Kelsey’s and, as we all know, she has a great knack of picking good places to eat!  The choice was Emporio: A Meatball Joint.  Emporio was located on the bottom floor of a building that has other restaurants on the floors above.  Emporio has a vibrant, fun feel to it.  Our waiter Turk (whose last name is Turkovich and who is Croatian) was very helpful in explaining the process to us newbies.  First, you pick your choice of “ball” – beef, pork, chicken, or vegetarian.  Next, you pick your sauce, not an easy decision as there are nine different sauces such as arrabiata, tomato basil cream, creamy parmesan, chicken gravy, mushroom gravy, basil pesto cream, government cheese, and the standard meat sauce and marinara.  Then, you pick your “serving,” meaning do you want the balls on pasta, a bun, or fries.  I’m seeing a pattern here in Pittsburgh with lots of things with those great fries!  In addition to these decisions to be made, you can also pick a “bowl” with double balls.  There are four different bowls that come a certain way, already prepared:  spicy meatball, loaded baked potato, angry birds, and fuggetta-bowl-it.  The menu also features salads, soups, and a great choice of sides.

Here is a rundown on what we all ordered.  Gary had the Meatball Panini with chicken gravy and the side of tomato risotto.  Gary loved the dish and declared the tomato risotto “out of this world.” 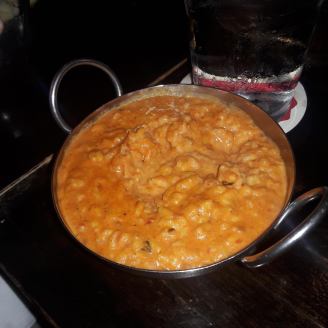 Kelsey went with the spaghetti and meatballs with meat sauce and thought it was great.

Clark had the beef meatball bowl with peppers, onions, fresh mozzarella, spicy arrabiata sauce all over mac and cheese and said it was good.

the specialty bowl of the night, recommended by turk!

Kyle had the Angry Bird chicken meatballs over mac and cheese with hot sauce and blue cheese and said it was good and was glad it had the blue cheese, which added that extra something to the meatballs. 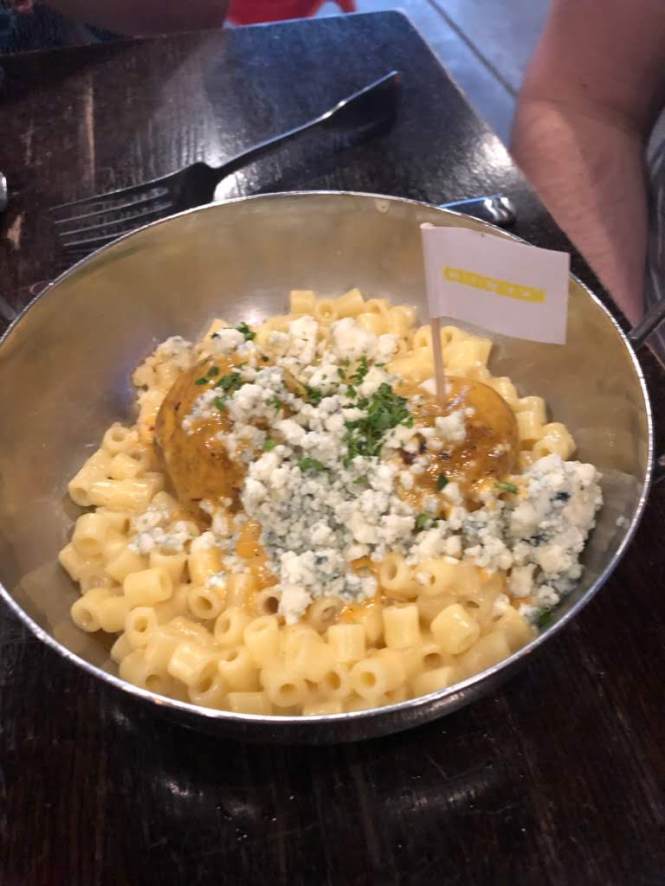 who’s hungry for some angry bird? 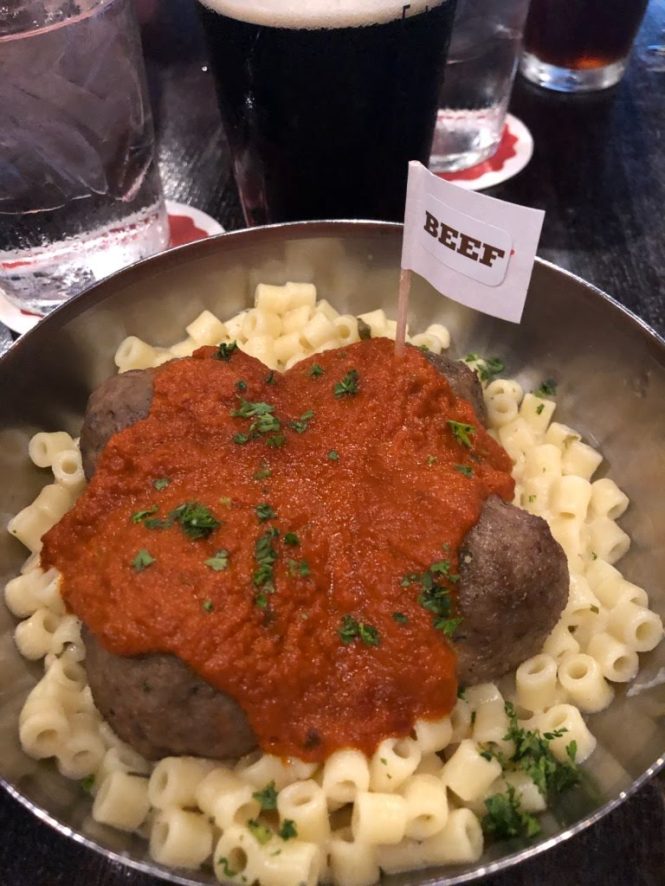 Another thing we discovered while eating in and around Pittsburgh, besides the French fry thing, is every place offers “Wedding Soup.”  This soup is a chicken broth with escarole, pasta, and parmesan.  Unfortunately, none of us ever tried it so, we cannot report on it at this time.