this time last sunday, kiley, kari, and i were recovering from a fun couple of days out in fabulous las vegas!  besides being in desperate need of a girls’ weekend away, we also were in town to see the legendary britney spears in concert!  before we get to that, though, there are plenty of other things to share first.

after getting a good night’s sleep on thursday at kiley’s parents’ house (thanks, mr. and mrs. a!), we woke up and grabbed an energizing breakfast at craft kitchen before taking a smooth ride out east to our first tourist spot the hoover dam.  our trusty transportation for the weekend?  kiley’s dad’s souped up jeep wrangler.  how bada** do we look in this?! 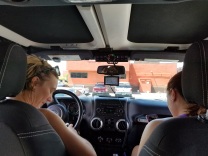 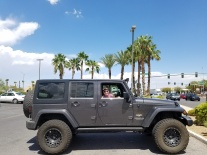 a short 45-minute drive later we arrived in clark county, nv and joined the other masses of international and local visitors as we explored this american wonder.  unfortunately the dam tour was closed that day, but we had plenty of other seeing to do as we followed the roadway and sidewalks to get incredible views of lake mead, the colorado river, and the intake towers, flow gates, and spillways.

if you ever find yourself in the area, i highly recommend making the trek to the dam.  there’s plenty of parking, plenty of fascinating information, and plenty of good photo ops to fill a few hours of your day. 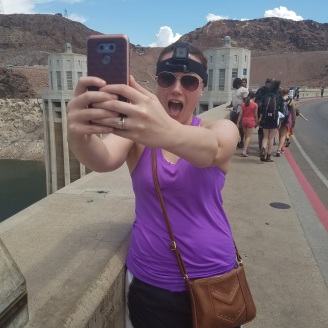 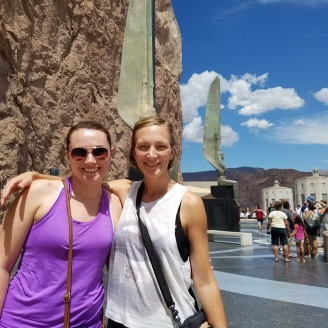 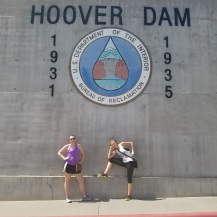 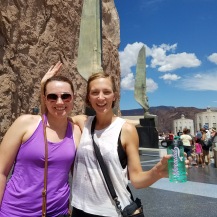 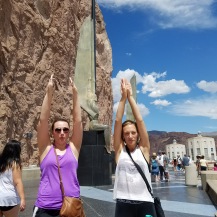 something else that’s cool?  you can stand in two states at once – neat! 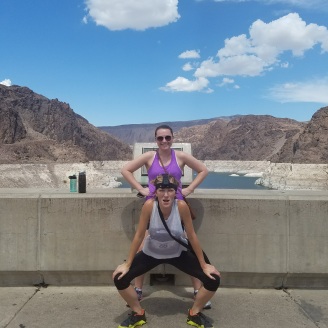 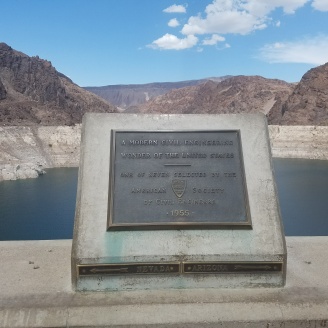 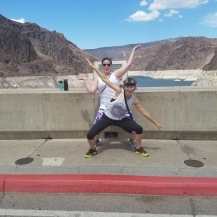 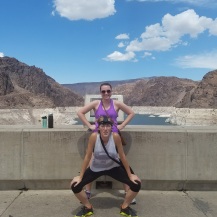 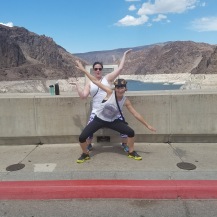 upon hiking back up to the car and chugging some water, we drove ourselves about an hour the other direction to check out an art installation off interstate 15 called the seven magic mountains.  designed by internationally renowned swiss artist ugo rondinone, this public installation is designed to represent the creative human presence in the desert with bursts of “form and color.”  pretty cool, right?

one of the most fun things about visiting seven magic mountains was people-watching all the visitors who were trying to get the perfect filter-worthy photo for their social media posts.  not wanting to miss out on the entertainment, i snapped an inspiring shoot of kari against these brightly colored boulders.

and kiley got in on the fun, too, with a model walk of her very own!

we were now in a pinch to get washed up and ready for the concert, so we hit the old dusty and headed back home. 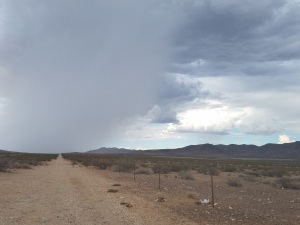 all primped and ready to go, we hopped in our lyft, grabbed some pre-show eats at yolos mexican grill, and then finally arrived at the axis at planet hollywood to see britney spears live and in the flesh.  among nearly 4,000 other die-hard fans, we hollered and sang along as britney performed many of her classics and also a couple new tracks from her latest album.  although not close enough to see her stellar six-pack or the beads of sweat on her forehead, i’d say the show was worth going to.  it helped that the sets and props were dynamic throughout the two-ish hours during the performances, and the indoor projection screen really livened up the atmosphere. 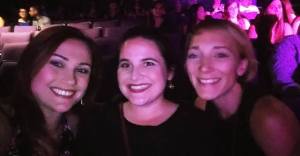 what electrified things even more is that we found out my childhood friend megan was at the concert as well!  of all the concerts in all the world, we were all there on the same night to see britney – what were the odds!  we met up with her and her folks for a few test tube fireball shots after the show and then went our separate ways.  even if just for mere minutes, what a treat!

now unstoppable with liquid courage, kiley, kari, and i continued our night just outside the axis at nyc sole.  no, this isn’t the name of a hip club or bumpin’ bar.  it’s the name of a shoe store located in the miracle mile shops strip inside planet hollywood.  shoes, you ask?  well, for some genius reason the three of us thought high heels on a night like tonight sounded like a great idea at the start.  what do you know, though?  it turns out they weren’t!  kiley and i were already aching with blisters, and with still so much to do in a night still so young, we gave in and switched out our heels for buttery socks and flat converse high-tops.  it was a heavenly experience!

re-energized and ready to take on the town, we walked south on las vegas boulevard and strolled on into the mgm grand.  we had great luck finding plush sofas at level up right upon entering, so we ordered double whiskey-gingers as the hours passed us by.  we reminisced about our college days, people-watched, and enjoyed a carefree time as late night turned into early morning. 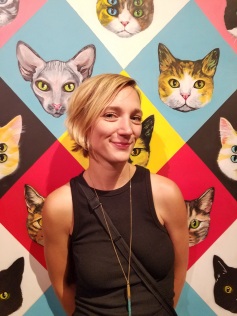 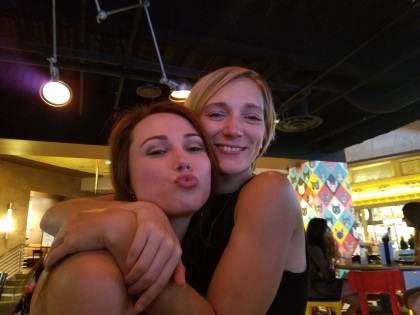 for those of you who maybe haven’t been to vegas, here is a known fact that any previous visitor will tell you:  there is absolutely zero sense of time when you are out here.  understandably, there are no clocks anywhere, and after a few drinks time simply seems to not matter.  this certainly was the case for us that night, as we were ready to keep the fun going well into the early saturday morning.  seeing as how we hadn’t really eaten since our pre-show guacamole and tostadas, food was definitely in order.

after winding up and down escalators and stairways and over streets, we decided that slices of pie from the new york pizzeria would do just fine.  between extremely attractive bites of garlic knots, pepperoni, cheese, and veggie pizza, we endearingly called each of our significant others and even our old roommate garth.  a couple of them kindly obliged and answered and surely couldn’t help but grinning at our intoxicated stupor.  regardless, we love them and know that they love us!  ❤

not quite expelled of all our energy, we made one more stop at the coyote ugly saloon.  despite a lackluster crowd and an unimpressive entertainer, the three of us jammed along to party songs that spanned the generations.  a little rock’n’roll, some oldies, and even the best of the 90s blared over the speakers and into our bodies as we rocked and danced.

it was around the three o’clock morning hour that we finally recognized and gave in to the exhaustion of the day.  we spent most of saturday sleeping, eating, and then chilling in the pool.  it was the perfect weekend balance of fun and relaxation, and i’d do it again in a heartbeat.